What are the prospects for a quick economic recovery?

HomeMartin ByrneWhat are the prospects for a quick economic...
Martin Byrne
April 24, 2020
0 0

The current pandemic is creating many challenges – not least an economic one – and a global recession is expected. However, a recession caused by an external factor, such as COVID-19, could be better news compared to a regular recession. The global financial crisis of 2008 was essentially caused by a financial bubble bursting due to massive imbalances.

The current situation is something that it is easier for governments and central banks to recognise and act accordingly. And with the means of production stopped rather than broken it could mean the economy bounces back quicker than it would normally versus a financial imbalance and loss of confidence.

U or V Shaped Recession?

So what will the recovery look like? In this instance economists are mainly talking about two types of recession  – U and V shaped. V shaped is when the economy rebounds as quickly as it has declined. With a U shaped recession it takes many months, if not years, for the economy to recover. What we get largely depends on how long COVID-19 disrupts economic activity.

However, if governments around the world take the right steps now, such as supporting businesses and employees during the shutdown, and undertaking wide-scale testing, then economies can limit both the health and economic damage from COVID-19 and avoid the prospect of an extended downturn.

It is difficult to determine how much economic bad news is currently priced into the market, but we may have seen the worst of the stock market volatility. The S&P 500 has recovered around half of its losses since reaching a low on 23 March supporting some positive sentiment.

And in addition to the US Government”s $2.2 Trillion emergency relief stimulus package in late March, the Federal Reserve announced $2.3 Trillion in credit and support to households, businesses, state, and local governments. These packages have helped to stabilise capital markets and increase investor confidence.

Some countries in Europe and Asia are starting to ease lockdown restrictions and restarting economic activity, though things are still a long way from things getting back to normal, and social distancing is set to continue for some time to come.

The good news is that a number of countries seem to have the virus under control, and many have passed their peak, with the daily infection and deceased rate falling. The challenge is preventing a second wave of infections.

It’s still unclear without mass testing and a vaccine how we exit from the pandemic altogether. However, there is cause for optimism with more than 80 vaccine projects across the world and human trials already underway – it’s an effort the likes of which has never been seen before.

As for the economy, many commentators believe even if markets and economies take a U-shaped path they are nonetheless in a bottoming-out process with an upward bias over time.

Where to find us

Brite Advisors USA, Inc. is a Registered Investment Adviser with the United States Securities and Exchange Commission: File Number: 801-78041. Such registration does not imply any level of skill or training.

There is no guarantee of the future performance of financial products regardless of previous performance.

IRS Circular 230 Disclosure: Pursuant to requirements imposed by the Internal Revenue Service, any references to tax contained on this Website (including any attachments) is not intended to be used, and cannot be used, for purposes of avoiding tax penalties imposed that may be imposed on any taxpayer. 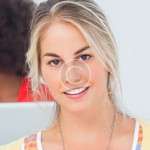